Another one bites the dust

And another one falls….. 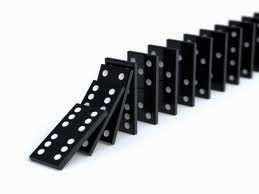 Here in America, despite our Constitution clearly stating that no state can pass a law that inhibits the rights or privileges of any of its citizens, we still have many states that are attempting to pass laws that prohibit gay and lesbian people from marrying.  Kentucky attempted to do just that, somewhat recently.  However, the Kentucky Supreme court struck it down;  a Kentucky citizen wanted to appeal the decision….this was the Attorney General's response:

For those folks not familiar with this part of America, Kentucky is in the "Bible Belt" and oftentimes, those states would prefer laws that were more in keeping with their Christian religion, even if those laws violate the Constitution.  Often, the argument in defense of this is that our "founding fathers were Christian" which is true;  however, those same founding fathers deliberately separated the powers of the church from the powers of the state when they agreed to the wording of the First Amendment of the Constitution.  The fact that this separation was part of the first amendment speaks to its importance.

Discrimination is a losing battle.  It's not dead in the water yet, but it's certainly gasping for air.  Take heart and remember  Martin Luther King, Jr.'s words:  We shall overcome.
Posted by Parents in transition at 3:54 PM 1 comment:

Parents in transition
Irreverent mother of a daughter who happens to be transsexual. I try to be funny about a subject that seldom is because that helps my daughter, my husband, our sons and me cope. Or at least that's what I want to believe. :)